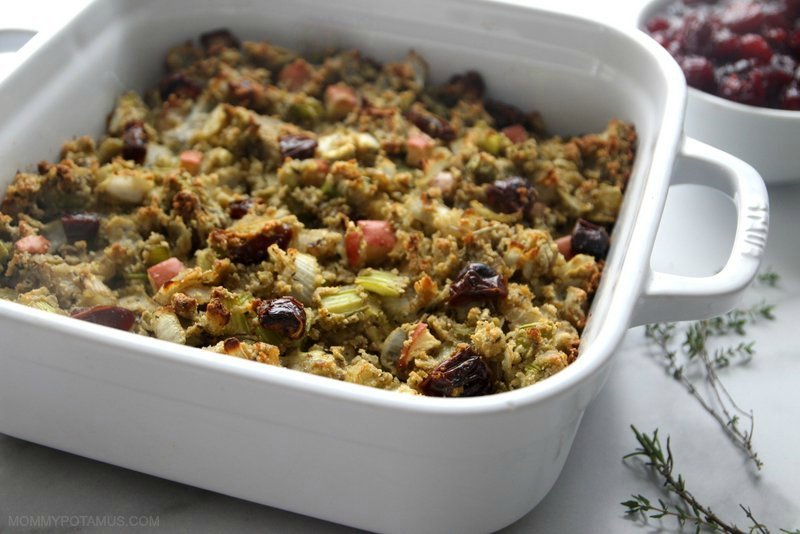 A lot of you seem to love it, too – it’s such a delight to read through the reviews you’ve left over the years! Here are a few in case you’re skeptical about giving it a try.

My mom makes the best cornbread dressing in the South so I needed a grain-free alternative to keep me from being tempted to indulge on thanksgiving. This recipe was incredible! Perfect consistency and texture!“

I made this last Thanksgiving, and it was a big hit. It’s the best stuffing I have found! It has become a staple for our Thanksgiving feast.”

Just wanted to give you two thumbs up on this one!! Made it on Thanksgiving and it was so very delicious. I will be making this on a regular basis now. Thank you for solving one of my grain free challenges…stuffing!” 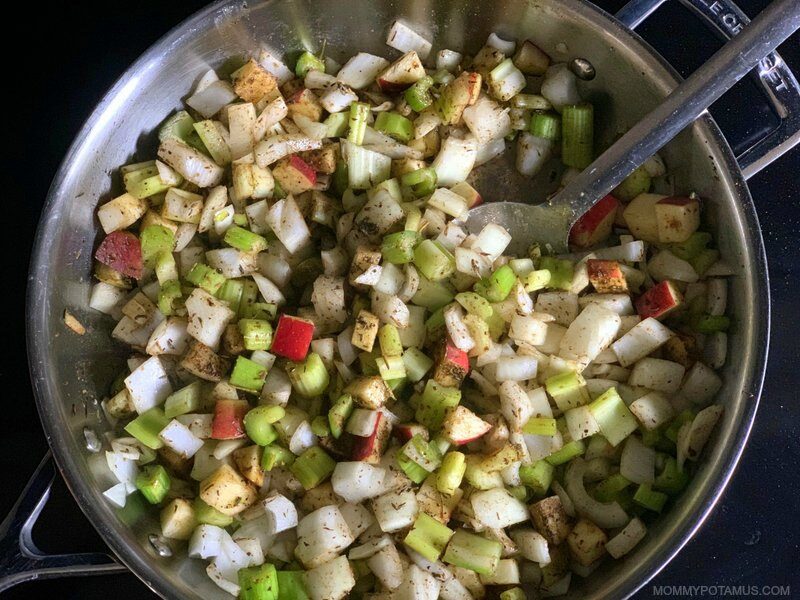 I have made this recipe for Tgiving every year since we started GAPS in 2012. It is just our small, immediate family and my in-laws. But even though my in-laws eat nothing but processed food when they aren’t visiting us, they gobble up (Tgiving pun intended!!!!) this stuffing. Only change I make is substituting diced apple for the dates. Will be making your recipe again this year.“

I know this recipe has been out for awhile, but just wanted you to know that I made it for the first time this past Thanksgiving and it was absolutely DELISH! Very easy to put together and tasted even better the next day. Thank you for such a terrific recipe. I will definitely be sharing with my friends and family!“

Basically, it’s seasoned with herbs used in classic stuffing recipes, but instead of traditional bread cubes we’re using a paleo, dairy-free “bread” base. I add a touch of natural sweetness in the form of apple and dates, but you can replace the dates for dried cranberries and raisins if you prefer. Now, on to the recipe! 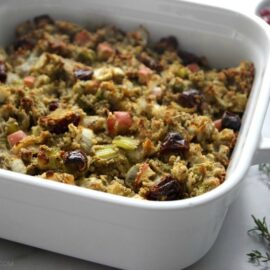 This sage & apple gluten-free stuffing recipe makes a delicious holiday alternative to traditional bread-based dishes. Although this recipe serves 4-6, if you want to have some leftover stuffing you'll probably want to double (or triple) the recipe.

Can I use this recipe to stuff a turkey?

I’ve never tried it so I can’t say for sure, but my guess is probably not. When baked in a dish the top turns golden brown, which is important for the overall texture.

Can I make this stuffing in advance?

I’ve heard from some people that they love it even more the day after making it, but I prefer to make mine on the same day because I think reheating it makes it too dry. I like to make extra and it it the next day cold, though.

Pumpkin Custard Bars – These maple infused pumpkin custard bars from my friend Carol are both delicious and easy to make.

Cauliflower Mashed “Potatoes” – I started making these cauliflower mashed “potatoes” when my family was on a healing protocol. We’ve reintroduced potatoes now, but we still LOVE this recipe!

French Green Bean Casserole With Crispy Shallots from The Urban Poser – If you love green bean casserole but can’t do store-bought crispy fried onions (which are made with wheat flour), Jenni’s recipe has got you covered. 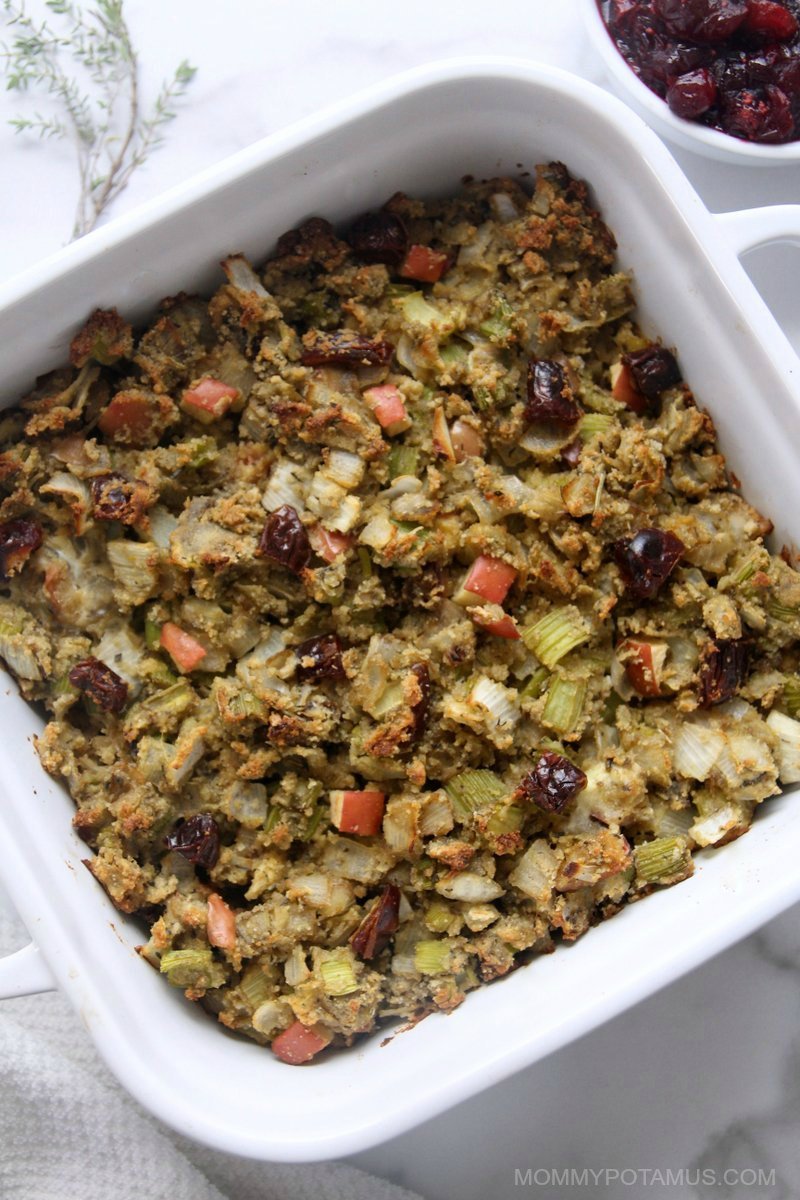