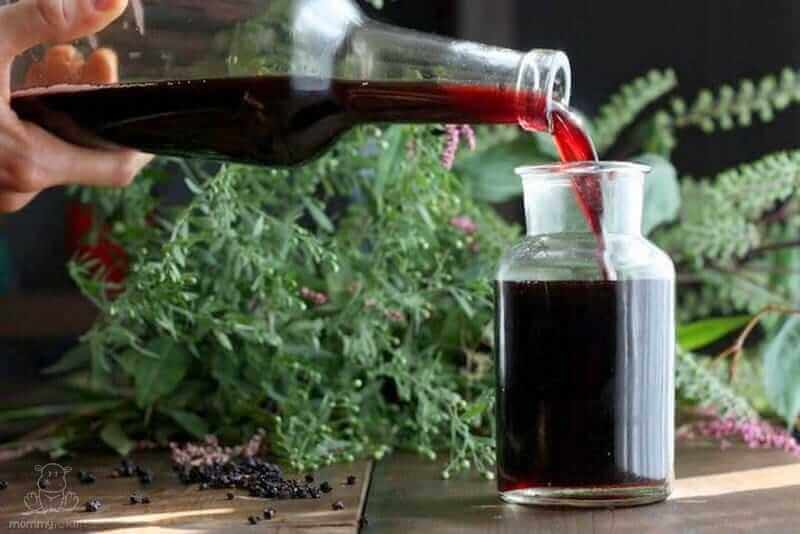 Hippocrates is said to have called this plant his “medicine chest,” and for thousands of years it’s been revered in folk medicine for its therapeutic properties. (1) Now studies are starting to confirm what tradition has long held: elderberries are a delicious and effective way to support immune function during cold and flu season.

Unlike fire cider, which supports the immune system through an apple cider vinegar infusion of pungent and spicy herbs, this elderberry syrup recipe uses a sweet and simple decoction of berries and honey. It’s delicious, easy to make and kid-approved. (As you’ll notice in the video below, my littles ones attack a spoonful of this stuff like ravenous wolves.)

So, what is elderberry syrup exactly?

Both are rich in constituents that have long been revered for their ability to support healthy immune function. To give you a sense of what I mean, let’s look at how they fare on the ORAC scale. If you’re not familiar with it, ORAC stands for Oxygen Radical Absorbance Capacity, which is a measure of antioxidant capacity.

Both varieties yield a syrup that is sweet and delicious, which makes it easier to get family members on board about taking it. They’re also rich in antioxidants such as anthocyanins that support immune function, as we’ll discuss below. 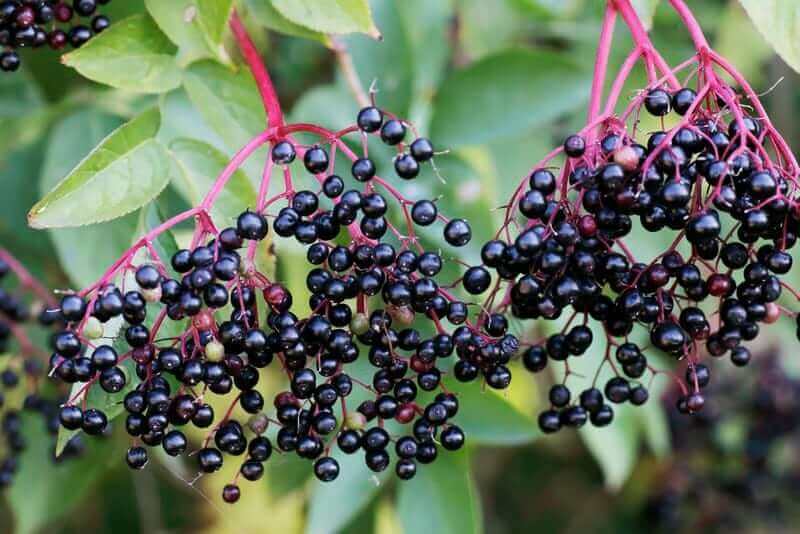 According to herbalist Rosemary Gladstar, “Travel through any European country in wintertime, and you’ll find a variety of elder products lining pharmacy shelves.” (2)

That’s because elderberries have been found to be helpful in a variety of ways. Here’s an overview:

They’re one of the most concentrated sources of a flavonoid called anthocyanin, which is found in lower amounts in blueberries and blackberries. Anthocyanins are potent antioxidants that  have immune supporting properties. (3)

Elderberries are also a good source of betacarotene, calcium, magnesium, potassium, vitamin B6, iron, valerianic acid, viburnic and shikimic acids, tyrosine, and other health supporting alkaloids. (4) They’re also naturally rich in vitamin C, but cooking breaks down vitamin C and elderberries need to be consumed after cooking. If you eat more than a small handful before cooking, they can have a laxative effect and cause digestive upset.

In this study, researchers found that flu patients who received elderberry syrup felt about four days sooner than those who received a placebo.

In another study that had similar results, it was concluded that the patients taking elderberry had higher anti-haemagglutination titers, meaning their immune system was functioning optimally.

According to The Herbal Apothecary, eldeberries support the body’s natural process of resolving excess phlegm.

Ways To Use Elderberry Syrup

How To Make Elderberry Syrup (Video)

If you like to see how things are done, here’s a video that shows the step-by-step process. If you prefer written instructions, you’ll find them in the next section below. 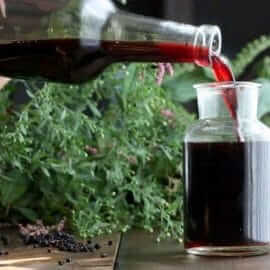 This elderberry syrup recipe uses a sweet and simple decoction of berries and honey. It's a delicious, easy, and kid-approved way to support immune function during sniffle season.

Honey should not be given to children under one. For alternative options see the FAQ section below.

Sometimes instead of ginger root and cinnamon, I opt for 1-3 tablespoons rosehips. Like elderberries, rosehips are rich in antioxidants that support immune function, but the real reason I switch them out is just to keep things interesting in the flavor department. The version made with ginger and cinnamon is warming and cozy, while the version made with rosehips is more crisp and refreshing. (Especially if you mix it with some sparkling mineral water and a squeeze of lime!)

Below are answers to the most common questions I’ve received over the years. If you don’t see your question mentioned, please leave it in the comments below!

What is the shelf life?

It will keep in the refrigerator for several months, which is plenty long for my family since my kids always make sure to get their teaspoon full. If you want to extend the shelf life even further, though, you can use replace 1/2 of the honey with brandy.

Can I use maple syrup or glycerin instead of honey?

Yes. Glycerin is sweet like honey and also helps extend shelf life. From what I’ve read, syrups made with glycerin should have a similar shelf life to those made with honey.

Maple syrup will work but it will reduce the shelf life significantly. One way to get around that would be to freeze it in ice cube trays and thaw every few days as needed.

What if I don’t have time to make my own elderberry syrup?

How much elderberry syrup much should I take?

Though highly valued for their therapeutic purposes, elderberries are a food. They’re used to make pie, jelly and wine, so there isn’t a specific “dosage” for them any more than there is one for dark cherries.

That said here are some guidelines that have been traditionally followed:

I’ve heard that people with autoimmune conditions should not take elderberry. Is that true?

According to Katja Swift and Ryn Midura, founders of the CommonWealth Center for Holistic Herbalism and co-authors of Herbal Medicine for Beginners, “Unlike some immune-stimulating herbs, elder is typically well tolerated in individuals with autoimmune conditions.”

Is elderberry syrup safe to use when pregnant or breastfeeding?

According to the AHPA Botanical Safety Handbook, elderberries are a Safety Class 1A herb, which is described as:

“Herbs that can be safely consumed when used appropriately.

However, as mentioned above, consuming raw, fresh elderberries can cause digestive upset and a laxative effect. 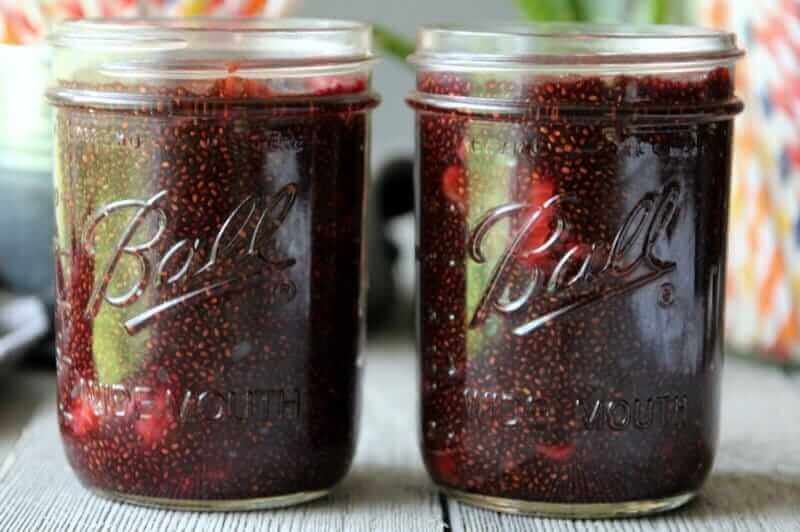 When you order a bag of elderberries to make this syrup, chances are you’ll have some leftover. You can use it to make:

Elderberry & Strawberry Jam – When you’re making a batch of elderberry syrup, adding in a few quick additional steps will yield a jar of syrup AND jam for just .000001% more effort.

Elderberry Tea – This easy version is delicious and can be adapted to include other herbs that go well with elderberries. Echinacea is a great one to include. 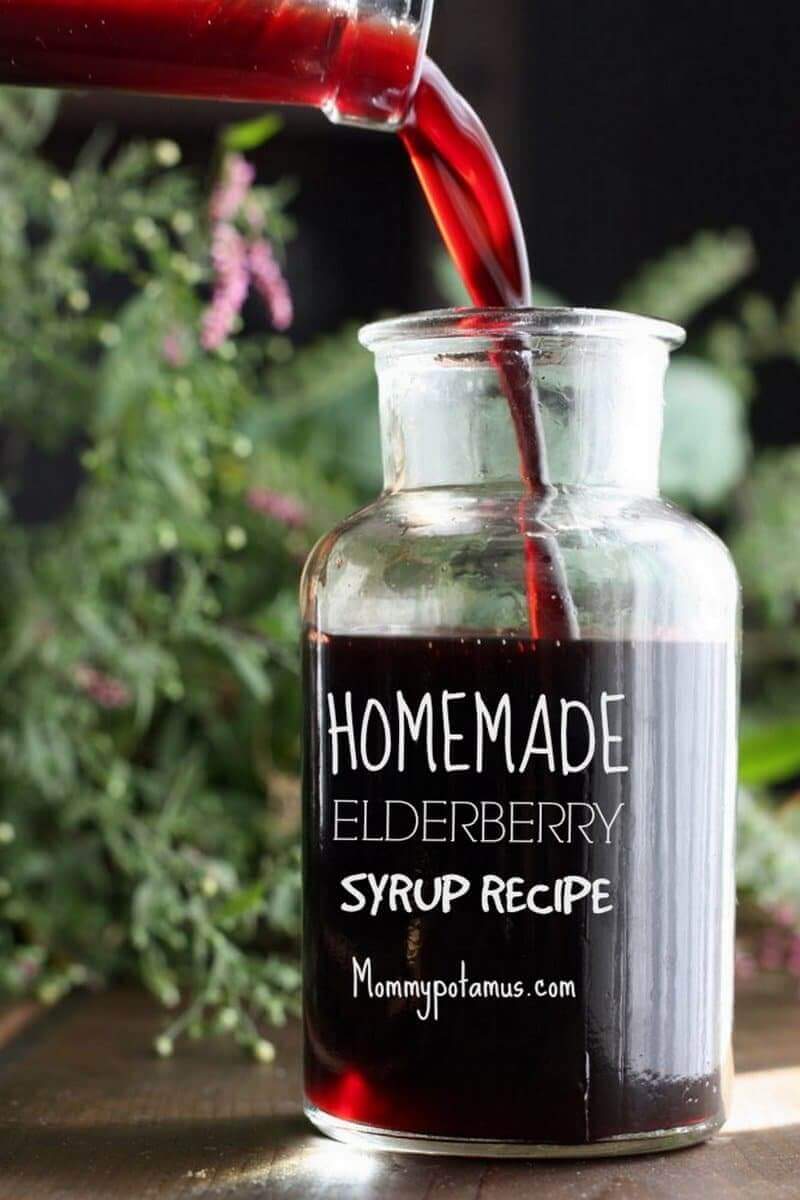