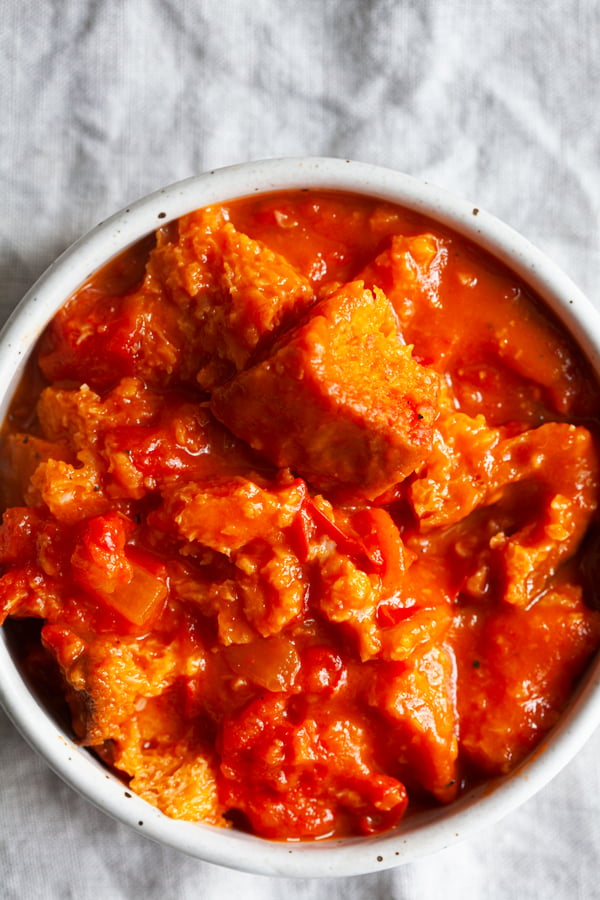 The first time I tried Marcella Hazan’s famous tomato sauce (using vegan butter), I had the same reaction that so many others have had: complete disbelief that anything so simple could taste so good.

For those of you who haven’t tried “Marcella sauce,” as it’s sometimes affectionately called, it’s made with only four ingredients: tomatoes, butter, onion, and salt. You can use canned tomatoes in winter, but part of what makes it so good is the fact that slow-simmered, in-season tomatoes really don’t need much to make them taste great.

That’s what I was thinking about when I made this soup. Granted, it’s a little more complex than Marcella Sauce, thanks to the addition of garlic and the bread that gives the recipe its name. But the idea of allowing summer tomatoes to shine, without too much fussing or seasoning, is the same. 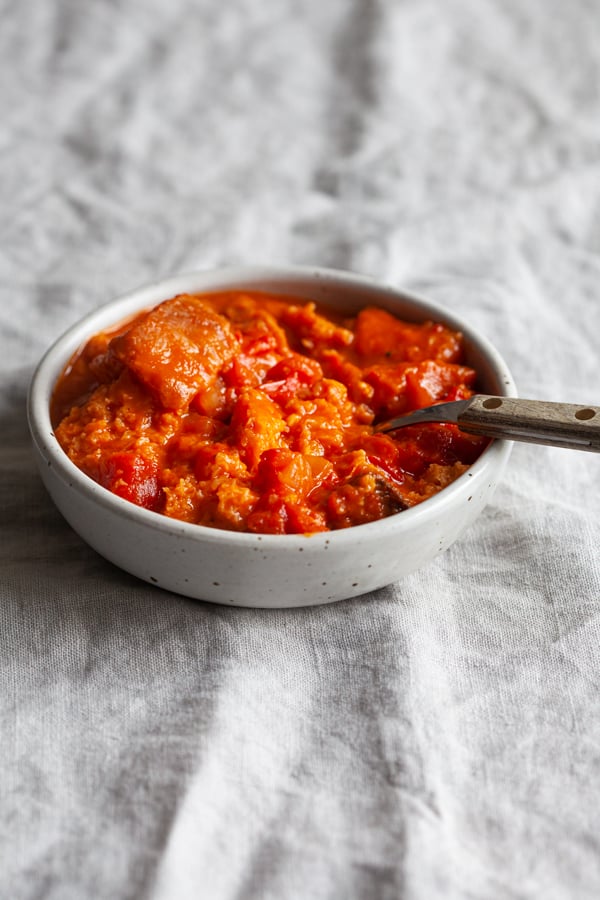 Besides the magic of tomato season and the fact of the soup having only six ingredients (olive oil, onion, garlic, tomatoes, salt, and bread—I’m not counting the water!), what makes the dish so special are the cubes of day-old or two-day-old sourdough. They go into the soup a little dry, and they absorb and soften as the soup sits, turning the dish into a thick stew.

I like it this way: I let the bread absorb most of the liquid in my pot, leaving behind something hearty. But if you’d like to add less sourdough or more tomatoes, you’ll have a more soupy ratio of liquid and bread. It’s up to you: the bright, simple, summery flavor of the soup will be the same no matter what. Here’s the recipe. 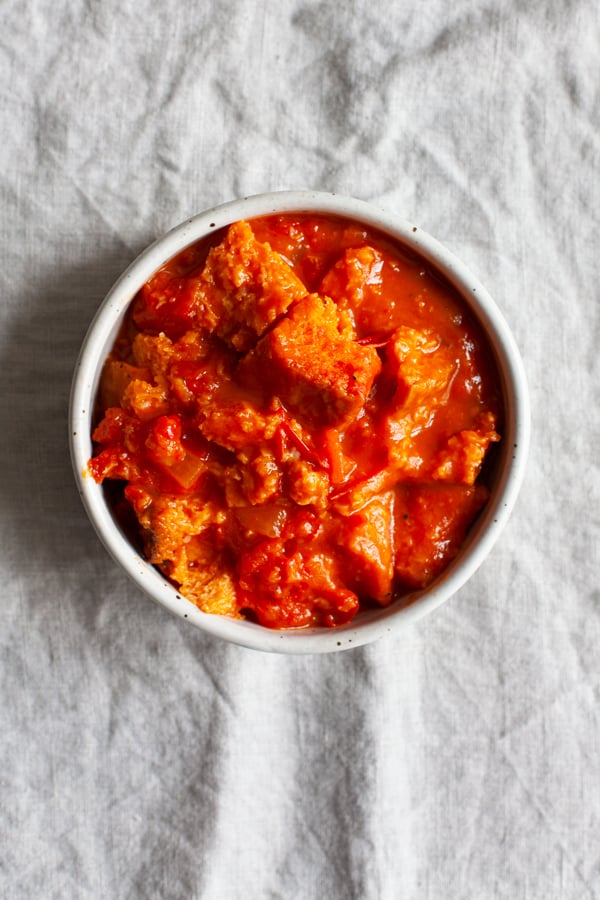 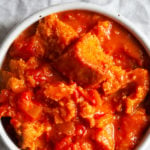 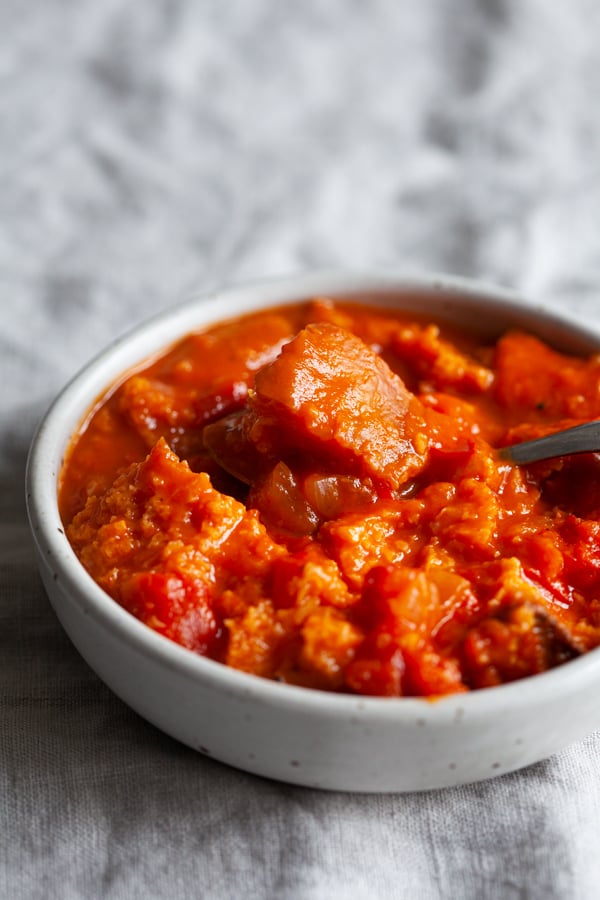 It’s been a busy week so far, which has made it the perfect time for a recipe that’s all the better for being easy. I almost never make soup without some bread to dip in it; I guess I’ll call this multitasking.

Hope some of you enjoy this while tomatoes are still around. And hope you enjoy the rest of the week.