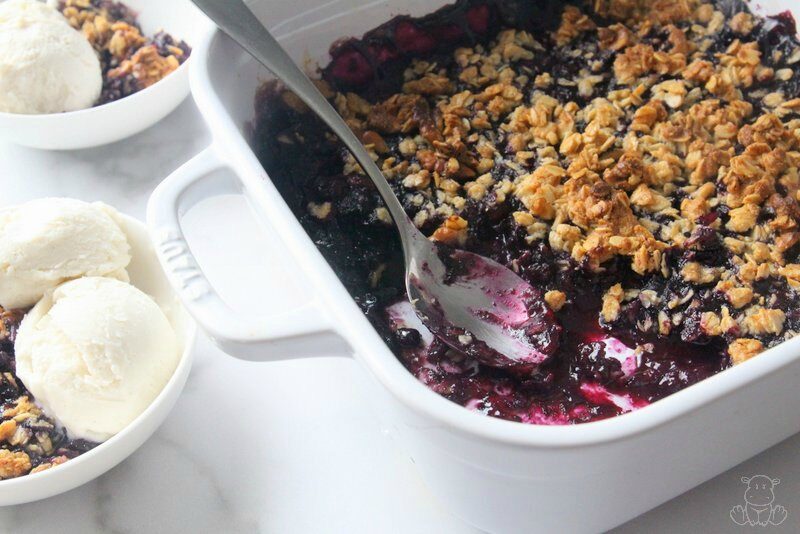 For me, the secret to making a good crisp is the ratio of topping to filling – I like a generous amount, so that you get a little crunch with every bite. When you first make the topping and sprinkle it over the filling it may will look a little too generous, though. Don’t worry, it will sink in and meld with the filling a little while it’s baking.

I usually serve this recipe rustic-style (in other words, all by itself), but on special occasions I’ll add a dollop of whipped cream or scoop of vanilla ice cream as well. 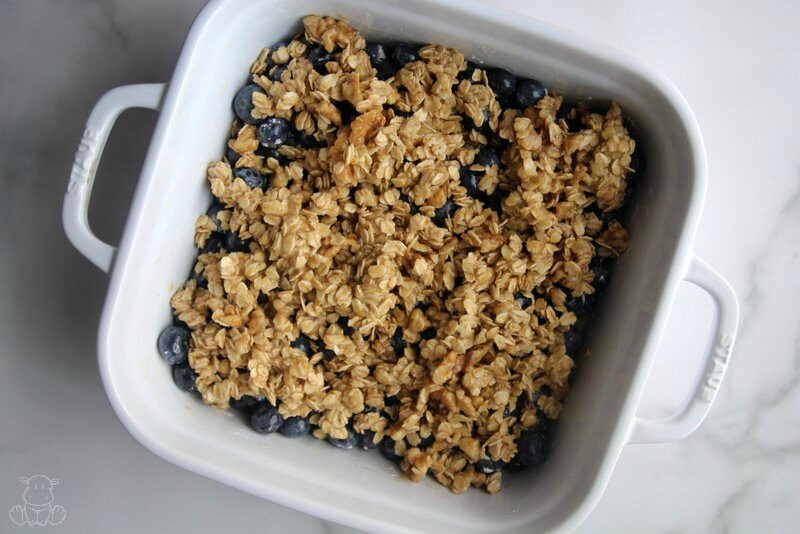 Blueberry crisp ready to go in the oven

What’s the difference between a crisp, a crumble, and a cobbler?

Let’s start with what they have in common. They’re:

The difference is in the topping:

Can I use frozen blueberries?

Yes! Both fresh blueberries and frozen blueberries will work, but if you’re using frozen you’ll need to allow them to thaw. They should be either room temperature or slightly chilled – similar to what fresh blueberries stored in the fridge would be. 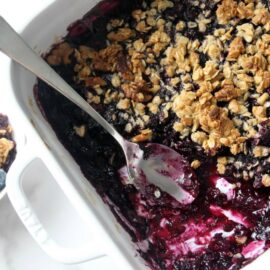 Made with an irresistible crisp topping layered over a juicy, thick blueberry filling, this blueberry crisp recipe is as easy to make as it is delicious.

For the crisp topping:

Here are a few of my favorites: 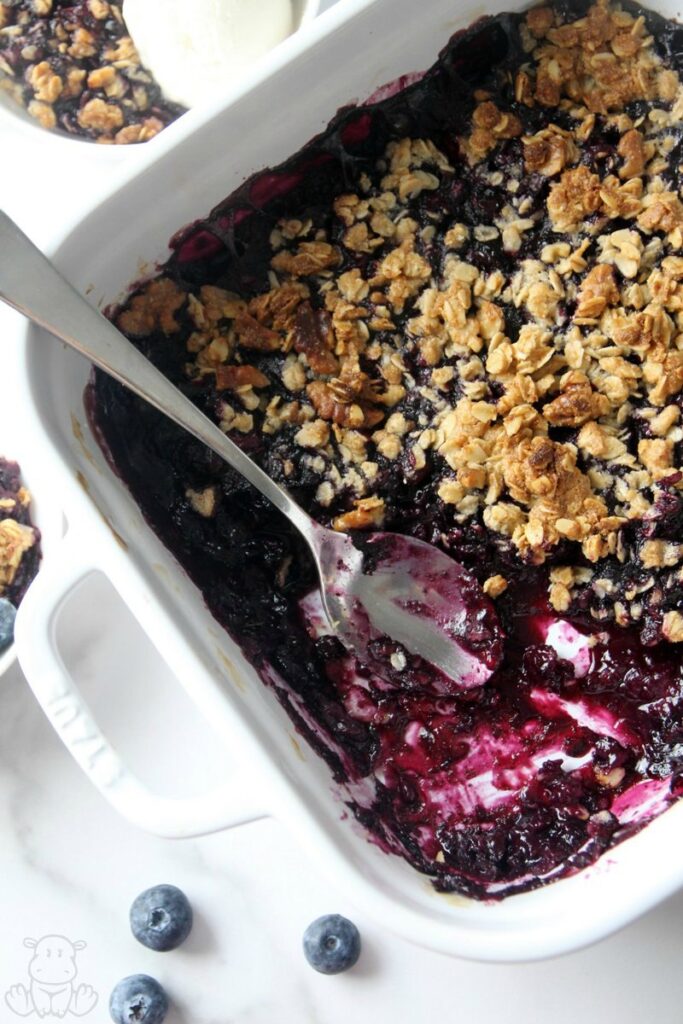